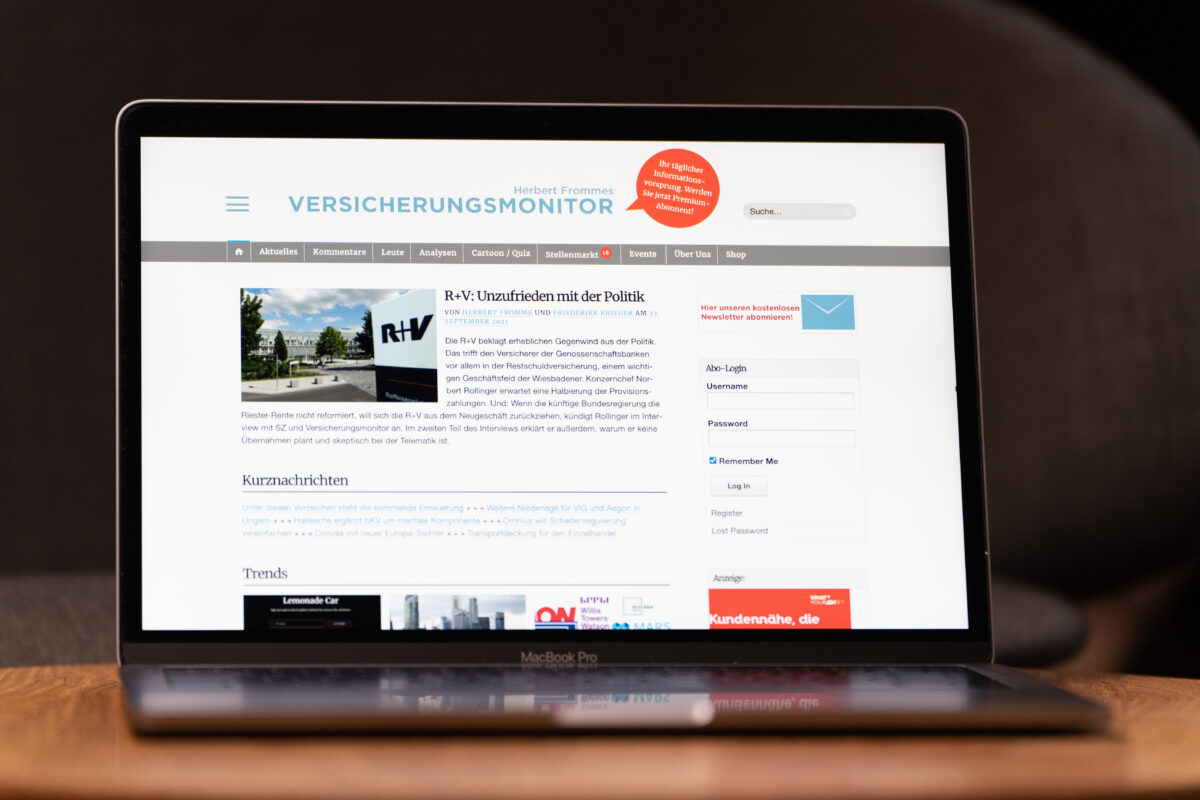 Herbert Fromme’s Versicherungsmonitor launched in 2013 and is now the leading digital media covering the German insurance sector. With a subscription-based business model, the media’s subscribers include the top management of nearly every major insurer and insurance broker in Germany as well as many sector special-ists from large industrial groups and public regulators.

”We admire what Herbert Fromme and his capable team have created in recent years based on principles of independent and uncompromising journalism. With this agreement, we are proud to contribute to the ongoing development of Versicherungsmonitor for the benefit of both existing and new readers,” says Watch Media Chief Executive Officer and Editor-in-Chief Anders Heering.

Watch Media publishes 15 subscription-based business-to-business media in Denmark, three in Norway and one in Germany. These publications cover diverse topics such as finance, energy, IT, real estate and shipping. In Germany, the company publishes FinanzBusiness, a news media about German banks and the domestic financial services industry.

“Just like Versicherungsmonitor, we want to offer well-researched journalistic content to the industry profes-sionals we serve. We are confident that the future of business journalism is digital and written by people who know their field, thereby making Versicherungsmonitor a perfect strategic match,” Heering says.

Watch Media is a subsidiary of Denmark’s largest media group, JP/Politiken Group, the publications of which include daily newspapers Jyllands-Posten, Politiken and Ekstra Bladet as well as many other titles. JP/Politik-en Group is controlled by two foundations dedicated to publishing independent journalism.

Anders Heering has built up Watch Media into a profitable and growing company on behalf of JP/Politiken Group during the past ten years. Employing an editorial staff of more than 85, Watch Media is the largest busi-ness newsroom in Denmark and is now expanding into other European markets.

“Watch Media is expanding strongly in Europe, including insurance sector coverage,” says Herbert Fromme. “This is an excellent fit with Versicherungsmonitor’s growth strategy.”

”With this agreement, we ensure that Versicherungsmonitor’s readers continue to get the best news coverage of the German insurance industry, just as we gain the opportunity to invest in the continued development of our media. I am very pleased to be an active part of this,” says Fromme.

Neither party has disclosed the purchase price.