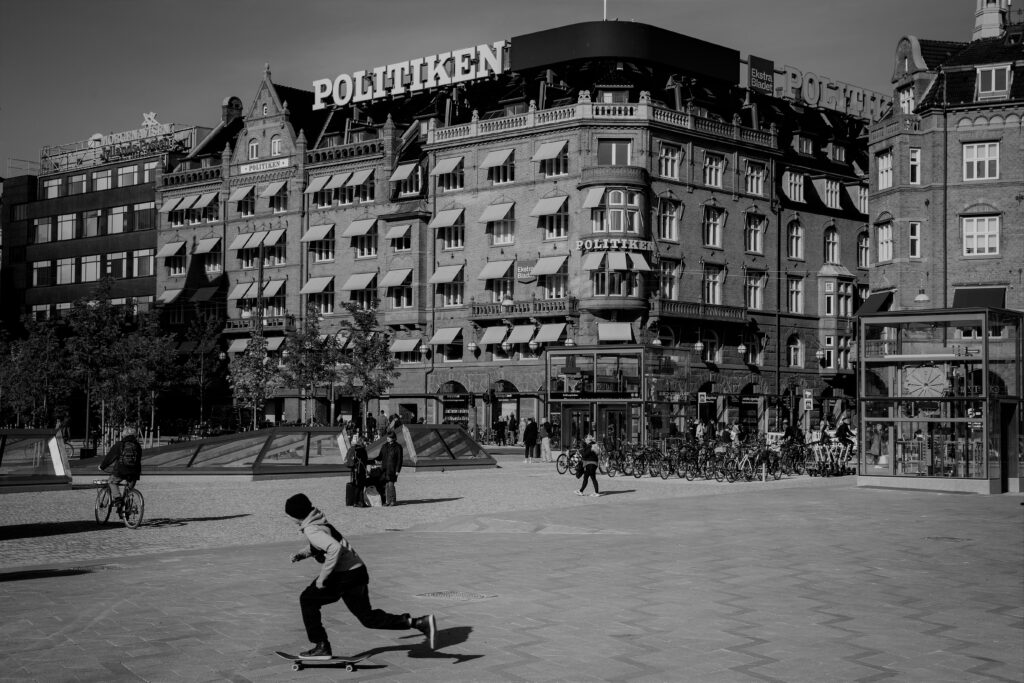 Double-digit growth in content and book sales as well as successful execution of the group’s international growth and acquisition strategy had revenue increasing by 11 percent in 2021 for JP/Politiken Media Group. Besides growth in content and books sales, which in 2021 made up 61 percent of the group’s revenue, distribution activities and ad sales increased as well. The latter was particularly driven by growth of around 30 per cent in digital ad sales.

75 percent of the boost in revenue came from organic growth in existing businesses, while 25 percent came from acquisitions. 2021 saw the addition of companies across the United Kingdom, Germany, Denmark, Norway and Sweden in the form of full or partial ownership of Dezeen, Versicherungsmonitor, Roos & Tegnér, Kagge Forlag and MarketWire. In addition, JP/Politiken Media Group acquired the controlling stake in distributors Dansk Avis Omdeling and Bladkompagniet, which are now set to merge and thereby become the largest purely Danish-owned distribution company.

Despite investments in new initiatives, including Watch Media’s international expansion, JP/Politiken Media Group realized a pre-tax result of DKK 381m against DKK 275m in 2020. The result includes special items of DKK 94m, which mainly stem from a payout from employer association Danske Mediers Arbejdsgiverforening. The result of 2020 was positively affected by special items of DKK 118m.

The continued solid development of the results strengthens the ability to ensure and underpin the crucial purpose of JP/Politiken Media Group: to inform people with publications that are editorially independent and cannot be influenced by economic or political interests. A purpose which, with the state’s dominance on the Danish media market and state intelligence agencies’ recent intimidation of a series of media, is more important than ever.

With this year’s Cavling award going to Ekstra Bladet’s series of articles ‘Mettes uønskede børn’ (‘Mette’s unwanted children’), it was the third year in a row in which one of the group’s media received the most prestigious recognition in Danish journalism. 2021 saw the Cavling go to Politiken, while it went to Jyllands-Posten the year before. The three awards underscore that the group’s media these years are carrying out high-level journalism and thereby fulfilling their most significant purpose.

In addition, the group’s journalistic media are financially well off. With growth in digital content sales of around 20 percent, they once again in 2021 realized considerable advancement in total content sales. Add to that significant growth in ad sales following a 2020 in which the Covid-19 pandemic put a huge damper on advertiser demand.

As the most visited news site in Denmark, Ekstra Bladet saw particularly significant advancement in ad sales and realized record levels in digital ad sales in the final months of the year. Ekstra Bladet thereby succeeded in stabilizing revenue developments in 2021 after a decade of continuous declines. This development entailed that Ekstra Bladet realized a considerable result improvement compared to the year before.

Politiken realized overall revenue growth in 2021, driven by continued increases in digital content sales, and with a position as the most read newspaper in the country, Politiken’s ad sales are going well. The same is the case regarding revenue for Politiken’s niche media, Monitor Medier, which now encompasses five different verticals. The solid development means that the start of 2022 will see the launch of an additional vertical niche media in the form of Idrætsmonitor. Børneavisen, managed by Politiken in collaboration with Jyllands-Posten, maintains a high subscription level and makes a positive contribution to the two media’ bottom lines.

JP/Politiken Business Media further accelerated its growth and realized a revenue surge of nearly 50 percent. Behind the significant increase lie both improvements in the existing business – especially Watch Media – and the effect of acquisitions. MarketWire, Dezeen, Versicherungsmonitor and Medicinske Tidsskrifter in 2021 became part of JP/Politiken Business Media, which has now begun its international expansion in earnest, with a presence in Norway, Germany and the United Kingdom in addition to a range of global, English-language publications.

JP/Politiken Business Media also includes partially owned media monitoring firm Infomedia as well as the group’s ownership stakes in Børsen, LassoX and Medicinske Tidsskrifter. As associated companies, Børsen, LassoX and Medicinske Tidsskrifter do not figure in the revenue of JP/Politiken Media Group, and these companies’ contribution to the result is counterbalanced by goodwill depreciation.

Politikens Forlag took crucial steps toward becoming a fully fledged Scandinavian book publisher in 2021. By acquiring Swedish non-fiction publishing group Roos & Tegnér, the company obtained full coverage in Sweden after having established Bokforläget Polaris in 2017. Then followed the acquisition of one of Norway’s leading publishers, Kagge Forlag. With these purchases, Politikens Forlag will achieve a revenue figure of around DKK 500m next year, making the company one of the major players on the Scandinavian book publishing market.

Saxo continued growing in 2021, both in retail sales and subscriptions. Unlike many other players in the market for subscription-based book services, Saxo managed to generate profitable growth and thereby once again realized higher earnings in a heavily competitive market. Saxo, too, approaches revenue at the level around DKK 500m. In total, JP/Politiken Media Group thereby has publishing and book activities with a revenue figure of around DKK 1bn.

Once again, partially owned distribution companies Bladkompagniet and Dansk Avis Omdeling (DAO) benefited from increasing e-commerce in 2021. Dagbladenes Distributionsnet covers all households in Denmark, and with offers for home deliveries every day all year, the network is in a stronger position than any other player in the competition to be the ‘last-mile’ delivery service for consumers. With the merger of the two companies, 2022 will see full focus on using their combined strength to expand their market position and ensure improved profitability.

The 2021 result exceeded our expectations for the year. With the full effect of the acquisitions made in 2021, and the effect of JP/Politiken Media Group now holding the controlling stake in merged distribution company DAO, the group expects its 2022 revenue to exceed DKK 4bn. The group also maintains a high level for investments in new initiatives for 2022, in accordance with the group’s growth and acquisition strategy domestically and abroad. This will impact the result. Excluding the effect of special items, earnings before interest, taxes, depreciations and amortizations (EBITDA) are expected to be in line with those in 2021.