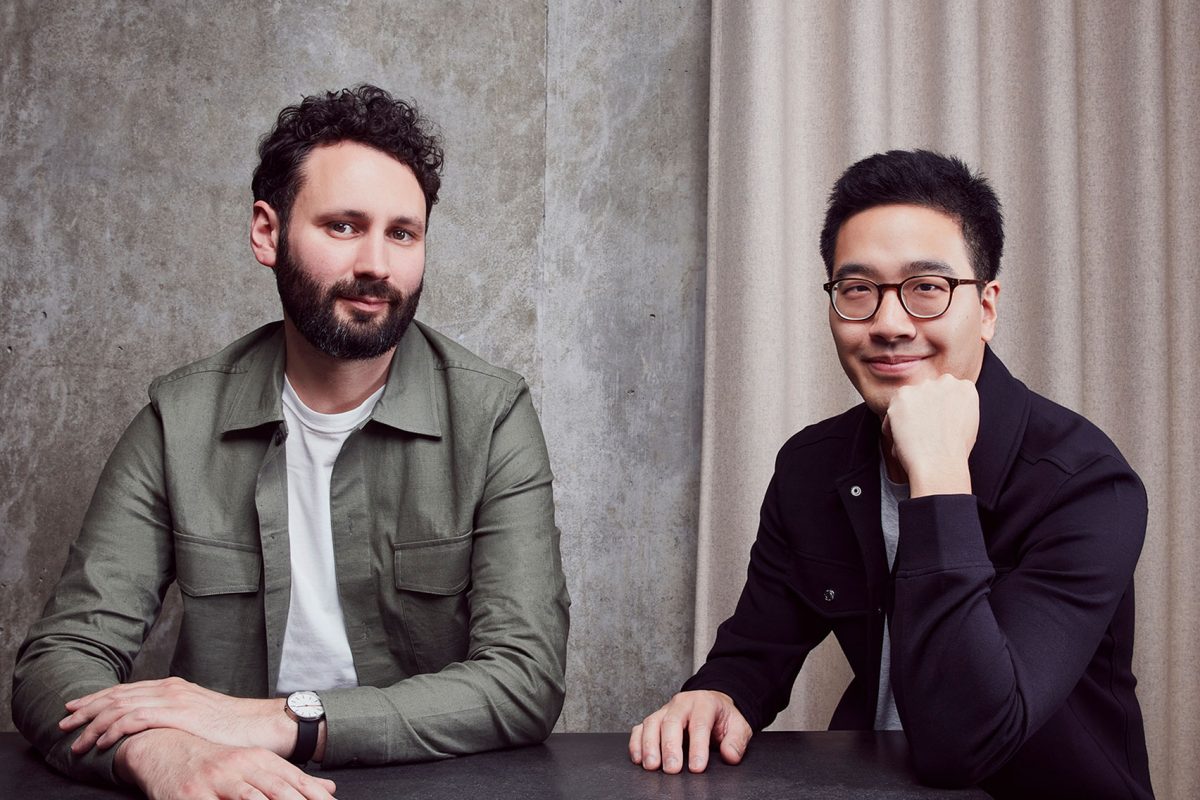 The announcement follows the unexpected death of Marcus Fairs, Dezeen's founder and former CEO and editor-in-chief, on 30 June.

Hobson and Li, who previously held the positions of chief content officer and chief revenue officer respectively, had been appointed as acting managing directors by Dezeen's owner JP/Politiken Media Group after Fairs died. They will now lead the company on a permanent basis as co-CEOs.

Dezeen founding director and board member Rupinder Bhogal will continue to work with Hobson and Li as part of Dezeen's senior management team.

In addition, the company will strengthen its senior leadership by appointing an editorial director and a sales director to work with Hobson, Li and Bhogal.

New co-CEOs "determined to build on the legacy" of Fairs

"We are honoured that JP/Politiken Media Group has put its trust in us to take Dezeen forwards," said Hobson.

"Marcus is an immeasurable and irreplaceable loss to the architecture and design world but leaves behind an incredible legacy in Dezeen. We are determined to build on that legacy and ensure that the unique platform Marcus created continues to thrive."

Li added: "We strongly believe that Dezeen has an important role to play in continuing to set the global agenda for architecture and design. Together with JP/Politiken Media Group, we have ambitious plans to grow the company and are looking forward to the challenge."

Anders Heering of JP/Politiken Media Group and special adviser Peter Normann will continue to sit on Dezeen's board of directors, alongside Bhogal.

"I am very happy that Ben and Wai have taken on the responsibility of bringing Dezeen into the future," said Heering.

"Marcus can never be replaced, but he has left a fantastic company with a unique potential, which we are highly committed to unleashing in close cooperation with Ben and Wai. Both have played a crucial role in Dezeen's success. We are convinced that they – together with the amazing Dezeen team – will take the company to the next level."

Bhogal added: "I'm incredibly pleased that Ben and Wai will become co-CEOs of Dezeen. They have been a big part of Dezeen from the early days and, together with Marcus and me, have grown Dezeen to be the successful business that it is today. I couldn't think of anyone better to take over and I know that Marcus would have felt the same."

Hobson and Li's appointments as co-CEOs come after more than 11 years of working alongside Fairs and Bhogal at Dezeen, which was acquired by Danish media company JP/Politiken Media Group last year.

During this time, Dezeen's team increased from seven to its current headcount of just under 50, with revenues growing tenfold and web traffic rising to three million unique visitors a month.

Li previously held the position of head of sales and marketing before being appointed as chief revenue officer in 2018, during which time he led Dezeen's revenue-generating teams, including launching and growing Dezeen Awards, which received a record-breaking 5,400 entries this year.

Following the appointments of Hobson and Li as co-CEOs, the duo will next appoint an editorial director to lead Dezeen's content strategy and oversee Dezeen’s output across its website, newsletters and social media channels.

Dezeen is also seeking a sales director to lead its sales strategy, drive revenue growth and identify new opportunities to grow the business and maximise profitability.

The positions are currently advertised on Dezeen Jobs and the company is looking to interview both internal and external candidates.

Dezeen was launched by Fairs as a bedroom startup in November 2006. In 2008, he was joined by his wife Bhogal, a former TV production manager. Hobson and Li joined the company in 2011.

Together, they grew Dezeen into the leading media brand in the global architecture and design sector with over three million monthly unique visitors and over seven million social media followers, winning over 50 awards in the process.

Danish media group JP/Politiken Media Group acquired Dezeen in 2021, which Fairs described at the time as "the end of one era and the beginning of a new and exciting one".

The design world was shocked when Fairs died unexpectedly in June 2022, with architects and journalists around the world paying tribute to his "phenomenal contribution to architecture and design publishing".

A memorial for Fairs will be held in early 2023.